Breadcrumbs from the Void #19: Get Fisted with The Fucking Funnies

Get Fisted with The Fucking Funnies

Fall is just around the corner, you sniveling dirtbags! My favorite time of year comes complete with gloomy weather, the greatest holiday in the history of mankind (Halloween!), and coats of blubber cultivated by all matter of cookies, candy, and other sugary abominations. Tis’ the season for food, family, and getting fucking obliterated on nog.

Speaking of drunken freaks and god-damn weirdos, Five 2 One magazine has established quite a welcoming environment for those writers on the fringe. The rebels, the outsiders, the outlaws. All are welcomed and invited to adorn these here digital pages. This is the perfect place for poetry, short stories, flash fiction, etc. that simply does not belong. It is a literary half-way house for those words which have gone off the deep end, overdosed, and need to cool their heels for a spell. It is a wordsmith secret society where the only password is letting your freak flag fly.

To surmise, if you have plunked some shit down on the page which would make most other literary publications quake in their tweed coats and elbow patches then Five 2 One Magazine is the place to send it!

This magazine is not devoted solely to the prose of said wayward sons and daughters. Nay! Five 2 One invites the maniacal and the absurd in varied forms as well. Photography is welcome as are paintings, collages, mosaics, tapestries, origami, booger sculpture, and anything else your depraved mind can conjure so long as it can be submitted as a digital image.

One of the more recent undertakings for the magazine has been to curate and cultivate a collection of comics which are anything but super-duds in spandex. Intrigued? Read on.

History of The Fucking Funnies

Toward the beginning of 2016 I was approached by Nathan Alan Schwartz, the Editor-in-Chief of Five 2 One Magazine to take part as a staff writer and produce a weekly column. What developed was this here article you love to loathe, Bread Crumbs from the Void. From the get-go I knew Bread Crumbs from the Void would be tailored as a column stripped of niceties to arm aspiring writers with the real shit they need to know. Writing — and art in general — is at its best when stripped of pleasantries, filed to its raw core where the gritty truth resides.

Beginners and novices alike may not particularly care to hear about the tribulations which await them as they step onto the publishing battlefield, but I for one would prefer to be warned before walking aimlessly into a hail of gunfire. Editors and the literati can be catty and shitty when it comes to evaluating pieces of writing. Too many will only endure real emotion if it is wrapped in a sensational, comforting aura of cotton candy and fucking unicorns. When you trim away that fatty bullshit most writers tend to hide behind and dig right down to the bone most editors piss themselves and run for the comfort of their mother’s aprons.

Not at Five 2 One Magazine. We want it to sting to high hell when the lemon juice is poured on that bad boy.

In that spirit Nathan and I recently began to concoct a devious new plan to expose the nerve endings of emotions, society, and life in general through means other than prose. If you have not yet been privy to experience them, get ready to cream your jeans!

I am talking of course about The Fucking Funnies!

As the Art Editor for Five 2 One Magazine I am heading up the comics/art section of the magazine which we’ve dubbed The Fucking Funnies. What started with a cartoon mocking an egg-shitting Easter Bunny (http://five2onemagazine.com/an-easter-fucking-funny/) has sprouted into a full-on movement. We are looking for underground/alternative cartoonists submissions full of thought-provoking piss and vinegar. Give the god-damn finger to any and every establishment or idea you can skewer.

Five 2 One Magazine (http://five2onemagazine.com/) thrives on works by freaks, weirdos, black sheep and free thinkers. Born in 2011, the magazine’s goal was to give a forum to voices that were normally unheard and unseen in literary magazines.

Now the time has come to expand beyond the confines of mere prose. Five 2 One is seeking contributions of gag panels, comic strips, one to two page comics, and art for our all new comics section which will be included in print editions and online. Specifically we are looking for the odd, the dark, and/or the absurd. Comics and cartoons that have profanity, violence, sexuality, etc. are welcome though we are not interested in shock value just for the sake of being shocking or offensive.

That said, bring us your brazen works full of satire, sarcasm, surrealism, and searing commentary. If you think you have got what we are looking for submit here: http://five2onemagazine.com/submission-guideline/. For questions and inquiries ONLY email the editors at [email protected] Any submissions or artwork sent to this email WILL NOT BE CONSIDERED.

Once again for those of you cock-stains who tend to skim the guidelines: Submissions are ONLY accepted through the submittable page.

Unfortunately this is NOT a paid gig, however if selected you will be published as part of our digital underground movement. For a bit of an overview on what we may dig you can check out some of the archives at http://five2onemagazine.com/category/the-fucking-funnies/. I have shown you ours, now you show us yours! As always feel free to share with anyone who might be interested in submitting.

The following is a brief history of underground comix borrowed from www.lambiek.net:

“The late 1960s saw the emergence of underground comics, a new wave of humorous, hippie-inspired comic books that dealt with social and political subjects like sex, drugs, rock music and anti-war protest. For this reason, these new comics became known as ‘comix’ to set them apart from mainstream comics and to emphasize the ‘x’ for x-rated.”

“The underground movement was an expression of its time. In the latter half of the 1960s the hippie movement in America was engaged, to a greater or lesser extent, with protests against the Vietnam War, the civil rights struggle, anarchism, Women’s Lib and Gay Liberation. Add to this an interest in the spiritual value of taking drugs and of ‘free love’ and you had, very simplistically speaking, a thriving ‘counterculture’ against traditional values.”

These uncertain times plaguing the political and cultural landscapes are rife with inspiration for a new underground movement. The Fucking Funnies aims to bring together a diverse group of cartoonists, painters, expressionists, etc. to provide socially relevant and uniquely satirical takes on the world around us like Harvey Kurtzman, R. Crumb, Lynda Barry, Gilbert Shelton, Trina Robbins, Spain Rodriguez, Gary Panter and countless others did before us.

To date I personally have smeared Trump, White Power, and outdated technology. What will you bring to the The Fucking Funnies?

Bread Crumbs from the Void will return in two weeks, when the bulbous secrets of the personal essay shall be tasseled and exposed. Until next time, keep scribbling you freaks. 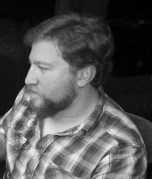