Breaking the Legacy of Silence # 5 Kill them with Kindness

Breaking the Legacy of Silence # 5 Kill them with Kindness

There is some good in the worst of us and some evil in the best of us. When we discover this, we are less prone to hate our enemies.
– Martin Luther King, Jr.

I have heard this quote most of my life in variations, and for the most part I try to apply it to all people and situations. After all, aren’t we all simply human, each one of us striving to not only survive, but to fulfill dreams and purpose in life?

Some days it’s easier than others to see good character traits in those with whom we live, work, and encounter on a daily basis.

Because I can apply this quote to myself, I’m not afraid to admit that, for the most part, I can be a nice person. I can smile and nod my head, agree to disagree, walk away when provoked, withhold judgment or criticism, and generally be easy to get along with. When others treat me badly, with disrespect and disdain, or are just outright mean, most of the time I can let it roll off.

Once in a while, I internalize these interactions and berate myself, thinking there is something about me that provoked the attack. Other times, I’m mystified and truly hurt, and I have to do a lot of positive self-talk and practice self-care to overcome those hurt feelings.

But there are those times when Evil Kim is unleashed, and buddy, you better watch out!

Evil Kim comes out when she is afraid, hurt, and backed into a corner. Since I have had depression and anxiety most of my life, it can be difficult to constantly overcome the bullshit. I succumb to negative self-talk, and in turn I begin to think the worst about myself, the situation, and others—especially those who are just downright mean—those who purposely hurt others for the sheer thrill of it.

Like those who rail against a complete stranger because they think the world owes them something. They truly believe they should have faster service and get everything they want right now, and God help you if you don’t provide both!

They drive to and from work, shop at the grocery store, and buy their lottery tickets and gas– expecting everyone to get out of their way. It’s a “me first” world, and their needs and desires are more much more important than yours.

Their way, ideals, beliefs, and thinking are all better than yours. “You need to act right.” “You shouldn’t say that, it’s not okay to talk about family business.” “You should be standing at your register so I know you’re ready to help me when I’m ready to check out, but you should also help me find what I’m looking for.” “Why do you write that shit? Nobody wants to read how you overcame your depression. What will other people think?” “Your wife should know her place.” “Those people should know their place.”

They like the feeling of power over someone who cannot respond in kind and, who they believe, has to take their shit. There’s an overwhelming presence of elitism pervading our culture. It’s nothing new. As a young girl living in the Chattanooga area, I was darker skinned, dark brunette, with dark brown eyes in a sea of blond and blue-eyed kids. My family was not rich, no they were far from it. We were blue collar, sometimes we were even considered poor. Boys may have been interested in me for what boys are interested in during those hormonal years, but most of them would never consider asking me out, taking me to a school dance, or introducing me to their parents. Everything was about image. If I pulled out a yearbook from 1972 to 1984, I will lay odds most of the popular boys and girls in the pictures had blonde hair (natural or otherwise), blue or green eyes, and they came from families who held a higher station in the community than mine did. This is not coincidence. I lived in the south, and this paradigm was real. Those boys and girls who were held in high regard were ruthless and mean toward me and other kids like me, whether white, black, brown. They teased us relentlessly. Only when I moved to Florida at age 15 and encountered kids from all backgrounds did I finally feel less objectified. High school is notoriously four years of hell, and it was, but I was grateful to be in a place where I had a handful of friends who didn’t care about appearance or money or status.

The fact is, there are some mean motherfuckers in this world.

I’m not going to sugarcoat this for you today. I think Dr. King had a point—but only from an idealistic point-of-view that we could all get along, live peaceably amongst ourselves and with those who are different than us. He had hopes for humanity. You can’t blame him for that, folks. His mission was noble and he did affect some change in the way a lot of people think about race, racism, and loving one another despite the color of our skin.

In the Bible, in the New Testament, Jesus tried to teach love, understanding, and compassion for one another. Dr. King was emulating what he gleaned from JC, I’m sure, and believed in what he was talking about.

But those great leaders and teachers, prophets, and as some would call The Messiah, were not able to affect enough change to make our world free of racism, classism, and sexism. This is sadly evident by our headlines. Black lives matter. All lives matter.

Our classism, racism, and sexism is still sadly evident in the way an older gentleman, whom I had never seen in my life, came up to me last week and said in a most sneering and demeaning voice, “Why do you women all like Hillary Clinton?”

I just stared at him, dumbfounded for a second, and then I said, “You women?”

I wanted to tell him to go fuck himself, maybe stab his eyes out with a pair of scissors. Instead, I simply told him, “I’m ONE woman. What I think, who I support, is not something I’m going to discuss here, and certainly not with you.” I said this with the sweetest smile on my face, but my eyes surely conveyed my contempt because he actually flinched and finally got the fuck out of my face.

Yes, there are times when I’m more positive, ready to smile and offer a helping hand, and forgiving of missteps made by others against me. It can go a long way with a few people out there to make a difference.

But I’ve seen some pretty evil shit and I’m here to tell you, no matter how loving and kind you are, or how much faith you have in humanity, or what you believe according to your religion about loving and forgiving others—some people are completely irredeemable.

These individuals are assholes of the highest order. The irony is, they think they’re good and decent people with noble intentions. In their minds, they do the world a favor by being “honest” in their opinions. After all, they are of a superior group. They know the right way and the wrong way and have no qualms about telling you how much you’re fucking up or treating you like you’re beneath them, because in their minds, you are.

I had an ex who told me I needed to lose about twenty-five pounds. At the time I was 125 pounds and five feet, seven inches tall. I wasn’t runway-model-emaciated, but I was skinny. He told me this after I bared my deepest secret to him in a cry for help, that I had an eating disorder and I wanted to have a normal relationship with food. When I was in high school I began to restrict my food intake because I saw myself as fat. If I had to eat to appease my mom, or I binged on something high in calories, I purged.

Looking back, I see his remark as ignorant more than anything, but it was mean. Especially since he was well aware of his ability to emotionally manipulate and control me as I was much younger than him. He saw a lamb, and in a lot of ways I behaved like one.

Until one day, the Lion roared. I surprised myself when I told him to take his pretention and stick it up his ass. (That was an example of Evil Kim).

He was tame compared to some others I’ve encountered. Things had been worse, and I saw pure evil in a couple of other relationships after him.

Granted, there have been some atrocities in this world I cannot fathom, though some I know first-hand. I mean, look, we had the near annihilation of Native Americans after the Pilgrims came from Europe to North America and began to colonize. There was Hitler and the atrocities committed by those who followed him. Terrorism continues, in a macro and micro way, all over this globe. Whole countries are invaded, people are killed, women and children are beaten and raped, hate crimes are committed daily, and what do we do?

We complain. We bitch that it took more than ten minutes to stand in line to get our mulch and bug spray. We talk behind people’s backs and look for ways to undercut them so we can look better and make them feel worse. We expect others to do things our way, or they’re wrong—even to the point of cutting them out of our lives for not conforming to our way of thinking and doing.

None of us are entitled, although a lot of people feel they are. I may have the right to speak my opinion, express my feelings, and tell you to fuck off, but is that really what we want? A world of people so caught up in their own viewpoint that we treat everyone outside of our belief system and socially acceptable circles like crap?

I would like to believe what MLK was throwing down. And although I see small glimpses of goodness, honesty, compassion, kindness, love, and hope in some people I encounter—I’m afraid if we—the fast-growing minority of (mostly) nice people don’t rise up in revolt against the ugly people and stand strong in our convictions that being an ass wipe is NOT the way to go, we will become obsolete due to assimilation or extermination.

Or we could just kill them all with kindness. 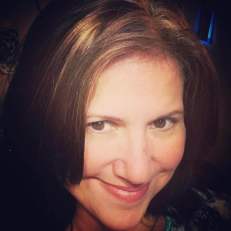