Welcome to the inaugural 2017 installment of Breaking the Legacy of Silence.

It’s a new year, and many folks take this opportunity to affect change for the coming twelve months, as well as to reevaluate how things went the last time the earth took a trip around the sun. Whether it’s resolutions, blatant disregard for such ritualistic idealism, or a simple inventory of achievements and future goals, we all have an opportunity take stock and decide where to go from here.

Far be it from me to speak for the masses, but the consensus seems to be that 2016 was an exercise in mental and emotional gymnastics. Our United States of America—apparently thanks to political corruption, Russian hacking to enable the most reprehensible candidate to secure office, and voter apathy from a large portion of the eligible voter base—elected a new president with whom most of the population objects.

Despite Hillary Clinton’s undeniable win of almost 3 million popular votes, our country now stands in abject horror as we watch our government head toward inevitable and destructive change, if not apocalyptic doom, while we witness the PE and his Republican sycophants build a cabinet of white supremacists, anti-Semites, bigots, fundamentalist bible thumpers, misogynists, fascists, and homophobes—all mostly white men, most financially much better off than at least 90 percent of Americans.

We also felt deeply, worldwide, the loss of many celebrity deaths. We felt the impact of these losses whether they were film icons, musicians, writers, artists, poets, athletes, inventors, or human rights activists. Many were the soundtrack, the backdrop, and the inspiration of our lives.

One of the last to be taken in 2016 was George Michael, the 80’s pop star who originally wowed girls my age with his band Wham!, with such songs as “Wake Me Up Before You Go-Go,” “Everything She Wants,” and “Freedom,” all songs released in 1984 when I was in my last year of high school. Yeah, I bought the vinyl, because even though we had CD technology, vinyl was still affordable for a teenage girl like me. Besides, I grew up on those discs of delicious glory.

We lived in Tarpon Springs, FL in northern Pinellas County, just a few miles north of Clearwater. One of my best friends in high school was gay, though he wasn’t “out of the closet,” and my sister and I enjoyed hanging out with him. Being a Greek boy, his family and community would have flipped out about his sexual orientation, so he kept it to himself and few close friends.

Some of my taste in music, which is eclectic, was of course influenced by my generation and those with whom I kept company. I cut my teeth on classic Motown as a girl, mixed with some Johnny Cash, Brenda Lee, Patsy Cline, The Allman Brothers, Jim Croce, James Taylor, and Carole King. Music was an essential staple for our family. Whether we learned an instrument, sang in the shower or the church choir, or simply jammed along with the radio—we traversed the rocky terrain of life on ethereal wings of melody, harmony, and downbeats. It made our world joyful, and at worst, bearable. Whether we were broke, in high cotton, in love, nursing a heartbreak, or simply getting through a day, we did so with music.

The year 2016 brought a lot of disappointment for me in some personal ways, and politically speaking, fucking sucked big, ugly balls.

I determined quite early this year that my marriage was not working for me. Although I tried, our union was not meant to continue. After all, as much love and kindness as we brought to one another in the first year of our relationship, most of the following three years were fraught with betrayal, loss, rejection, and lack of validation. Each day made it clearer to me that we were too different, and our values did not align.

On November 8, 2016 Donald Trump won the election. My estranged husband voted for him. I rationalized this, realizing he had that right. However, it crushed me. Knowing my history of sexual abuse and molestation at the hands of men much like Trump, he voted for the guy, and it felt personal. Meanwhile, I defiantly marched into the voting booth of the red state where I resided and voted for Hillary Clinton. Already feeling on the outside in his world, I felt further removed from him after that day.

2016 also saw many celebrity deaths, many of whom were icons of our generation. They left an indelible mark on us. David Bowie, Prince, Alan Rickman, Carrie Fisher, Debbie Reynolds…the list is long.

George Michael’s breakout album with Wham! in 1984, Make It Big, drove me to musical and emotional ecstasies and revelations. Although he was considered a sex symbol and women were mad for him, being a closet LGBTQ person myself as well as friends with several people who identified other than heterosexual, I was struck by his passion for humanity and his craft. His sexuality didn’t matter, and though I suspected he was gay or bi, I didn’t care. He was a beautiful soul, and his music made me happy.

He kept this sexual orientation mostly private until 1998 when he was arrested in California for “lewd and lascivious acts” in a park restroom, busted by a sting operation set up by local law enforcement. I won’t belabor this, as the entire thing only pisses me off the more I think about it and, well, it doesn’t fucking matter what he was doing, so long as it was between consensual adults and he wasn’t hurting any children, animals, elderly, or disabled individuals. Which, by the way, he most certainly was not.

George Michael was an exemplary human being. Forget his sex life or his drug use, forget all of that and look at the charities and causes he funded—privately, mind you, because he didn’t have Donald Trump’s narcissism and voracious appetite for accolades—and he did so because he cared about the people his money helped.

What I want to drive home here and now, and for the rest of my life, for as long as I have breath in me and a voice with which to shout to the ether, is this:

It doesn’t matter whether it’s heterosexual, homosexual, bisexual, pansexual, monogamous, polyamorous, or any variation of those freaking boxes we put people into so we can feel superior and judge others, so we can control one another and give ourselves some false sense of security. Our societal restraints and constraints upon ourselves and others only lead to shame of self and others, and in some extreme cases, depression, sexual abuse, substance abuse, and domestic violence. People are born as free and passionate, and what do we do? Crush them.

So, for the narrow-minded rednecks I know…and I know amazing rednecks who are most certainly NOT narrow-minded, but quite liberal and open in their views…go fuck yourselves.

Life is too short to live it for someone else.

Do you, and do whomever else you want. Be happy. Be love. 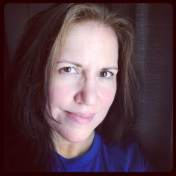