Evening, the tissue door to ossify against night.
There is no mother or hatch for miles.

Something motherish & still grows on my acres

as a cherry apple rasp,

which means “having been burned.”

Spread a handful of weeds & grasses on the floor.

& set it at my mother’s
When salt is song, my mother cuts

I’m tracing the places it is possible
to imagine the rest of the bird.

We are learning about patterns.
Small old men in plaid flannel shirts—

the tongues of two of them are light gray,
a cigarette second-guessed

from car to brush. How can they
hear your footbeat

from inside the body of your wife?

Goodness needs the evidence of all our lives,

What is a woman
in the slow hardening

given shape by many
little strokes

from a penknife?
Melodramatic onions

in a hive of light.
What is a woman

to do with carrion,
his red arm loose

over her shoulder,
glands in the road.

“Evening, the tissue door to ossify against night…” — “Noon—is the hinge—of the day” (#931) by Emily Dickinson. “A Chiaroscuro Love” by Adriniki Mattis.
“You Are Hurting My Feelings” by Sabrina Orah Mark. “This is not a map to-” by Douglas Kearney. “The Unsolvable Mysteries of the Voynich Manuscript” by Josephine Livingstone. “Adventure” by Sherwood Anderson. “A Man of Ideas” by Sherwood Anderson.

“Goodness needs the evidence of all our lives…” — “In a Time of War” by W.H. Auden. “Burning the New Year” by Naomi Shihab Nye. “The Reins” by Jay Deshpande. “The Dog Hair” by Lydia Davis. “Death” by Sherwood Anderson. “Mind No Mind” by Jia Tolentino. “on new year’s eve” by evie shockley. 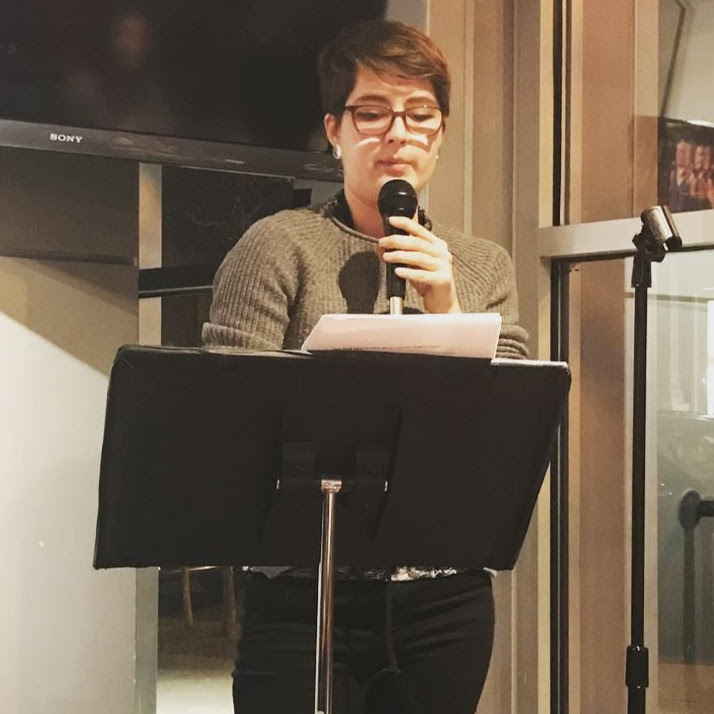 Holly Mitchell is a poet from Kentucky. A winner of an Amy Award from Poets & Writers and a Gertrude Claytor Prize from the Academy of American Poets, she earned an MFA in Creative Writing from New York University and a BA in English from Mount Holyoke College. Her poems have appeared in Baltimore Review, Narrative Magazine, and Paperbag, among other journals.