Musings of a Premature Curmudgeon # 13 The Fucking News

Greetings to all you black-hearted degenerates. It’s your lovable curmudgeon back for another Monday of absolute debauchery. What else are Mondays good for, after all? Nobody gets any work done, because we all feel too shitty. So you just sit there in your office or cubicle and try to make the hours go by quicker by sneaking in a little NSFW web surfing. You might as well work on extending your stay in Purgatory. Because that’s how it works, right? The sinner with the longest stay in Purgatory gets a prize or something. I’m pretty sure I read that somewhere.

With your Monday sanity in mind, I now bring you a new feature on the column: The Fucking News. This is where I bring you the news you most need to know about, and provide a little commentary along the way, just to make sure someone gets offended. I may or may not provide all the facts of the news items, I may or may not make up certain elements to make the stories more interesting. Also, I make no pretense of impartiality. I’m a modern journalist, after all. With that being said, here is this week’s news.

“This here’s a nice little item,” he say. “Imma take this home and see iffen my woman kin fix it. Then I kin give it to my daughter fer Christmas.”

When asked if he was at all worried about giving a voodoo doll to his daughter, Captain Stone looked shocked and said,

“Hell, I was talkin’ about the lizard. No, I ain’t gonna give her thet doll. That there dolly is nasty!” 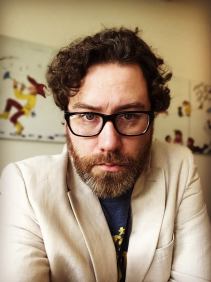